John, a 62-year-old man, found a lump in his neck while shaving one morning. His wife, Judy, insisted he visit his doctor, who explained this was a thyroid nodule. “Don’t worry about it, these things are almost always benign, but let’s check your lab work and get this nodule checked out” he was told. The lab tests showed his thyroid was working normally, but an ultrasound scan a few days later confirmed a 3 cm thyroid nodule with some suspicious features, so a fine-needle aspiration biopsy (FNA) was recommended. It took a couple of weeks to arrange the FNA at a local hospital and another 10 days to get the results, so when the report came through, it was particularly disappointing: “Indeterminate sample, with some atypical cells.” It still was not clear whether this nodule was cancerous or not

John’s consultation with an ENT surgeon was similarly disappointing and even more confusing: “We can remove the nodule with that half of the thyroid gland – if the pathology comes back showing cancer, we’ll operate again a few weeks later and take out the rest of the thyroid. If you prefer, we can just take out the whole thyroid at the first surgery, but that will leave you needing to take thyroid hormone for the rest of your life. If you’re not sure you want surgery, maybe you could wait and see if it grows. It’s probably benign in any case.” Seeking a better option, John and his wife attended Moffitt Cancer Center, in Tampa Fla., which offers a one-day multidisciplinary assessment for patients with thyroid nodules. The clinical assessment by an Endocrine Oncologist was followed immediately by an ultrasound, which confirmed the nodule, classified as “intermediate-to-high-suspicion pattern” using a state-of-the-art Ultrasound classification system. This meant the nodule had a ~35 percent probability of cancer. The FNA, performed a few minutes later, was virtually painless and took no more than 20 minutes.

The team’s Pathologist, who was in the room and helped the Physician prepare the samples, reported the results within an hour: Once again “indeterminate!” However, this time there were features, described as “nuclear atypia,” which raised the Physicians’ concerns: The probability of cancer was now greater than 50 percent. Clearly, surgery was likely to be needed, but how much of the thyroid gland was it necessary to remove? And what about the surrounding lymph nodes, whose removal is important to treat some types of cancer, but with an increased risk of serious, permanent complications affecting the voice and the body’s calcium-balance? During a multidisciplinary consultation, John and Judy met the Endocrinologist, surgeon and pathologist working together as a team. They checked the vocal cords using a flexible telescope (laryngoscopy) and arranged a more extensive Ultrasound of the neck lymph nodes: All clear! To resolve the surgical dilemma, the team recommended sending a sample – they had collected it already during the FNA procedure – for a sophisticated analysis, known as ThyroSeq, which should resolve the question of whether this was a cancer, and help make the decision about the appropriate surgical approach for the nodule. ThyroSeq is a unique Precision Medicine tool, developed at the University of Pittsburgh Medical Center and available exclusively through Sonic Healthcare USA. Using material collected during the FNA, ThyroSeq analyzes for thousands of genetic alterations associated with thyroid cancer. 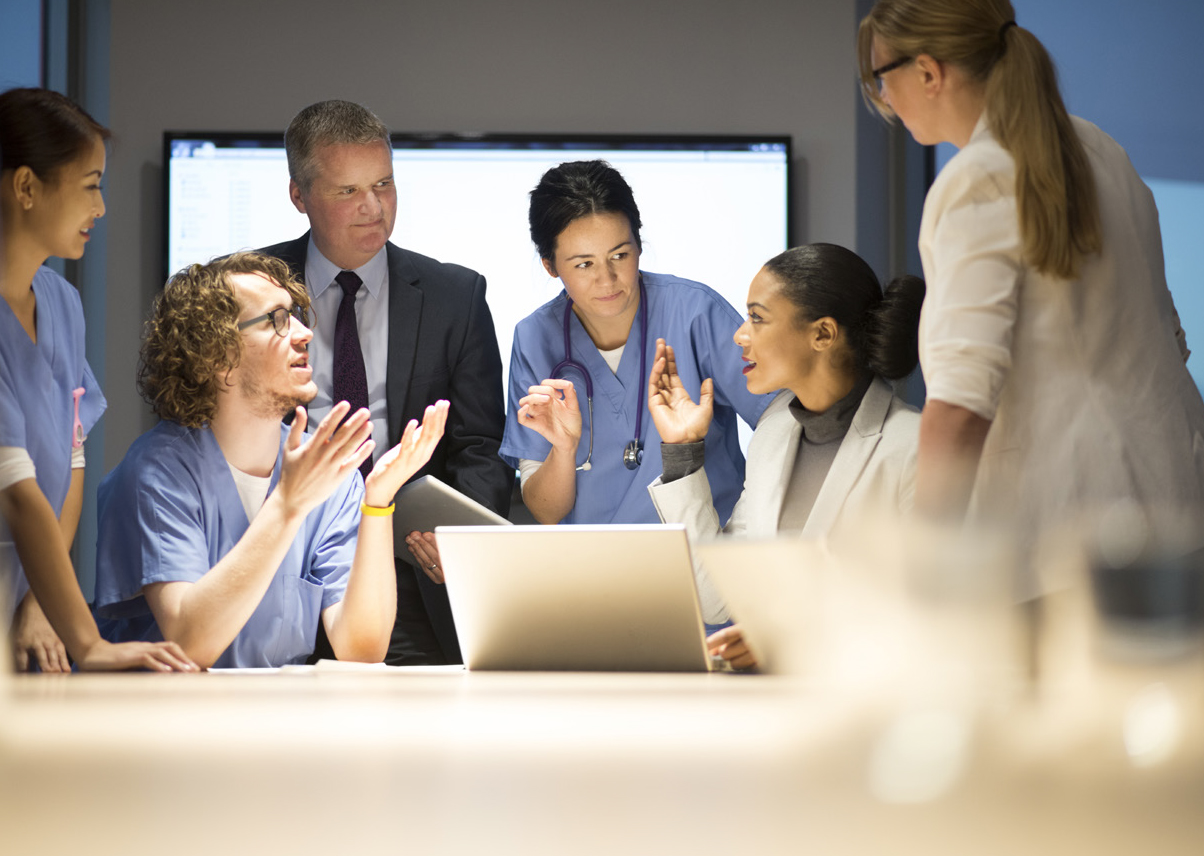 This classifier is very accurate in demonstrating benign nodules (>96 percent), highly sensitive in detecting cancer, but – just as important – can also indicate the type of cancer a patient is dealing with and the threat that cancer poses. When the team received the ThyroSeq report, the results were critically important. Not only did John’s nodule have an RAS-mutation, indicating likely cancer; it also had a TERT mutation. The combination of RAS and TERT in the same nodule not only confirms a cancer diagnosis but also indicates an aggressive type of thyroid cancer, with the potential to invade and spread, representing a real threat to the patient’s life. John was fortunate. The surgery – removal of the entire thyroid and the lymph nodes in the region behind the thyroid gland – confirmed that aggressive type of thyroid cancer: an invasive Follicular Variant of Papillary Thyroid Cancer. The cancer had already invaded beyond the thyroid gland, into the connective tissues close to the voice-box, and several of the lymph nodes showed signs that the cancer had spread. However, guided by the ThyroSeq results, the Surgeon knew that more extensive surgery was needed, so removed John’s thyroid gland along with enough surrounding tissue to obtain negative surgical margins, and to remove all the lymph nodes that might be involved. This cleared the way for treatment a few weeks later with radioactive iodine, a form of internal radiation therapy that is sometimes useful in treating patients with thyroid cancer.

Two years after starting his thyroid cancer journey, John continues to see his Endocrine Oncologist at Moffitt. Because his cancer was an aggressive type, he knows that he will need careful follow-up for many years to come. However, he is currently in full remission with an excellent prognosis, and glad to be alive – thanks, in part, to the science of ThyroSeq and the team at Sonic Healthcare USA.

FIND A DOCTOR THAT USES THYROSEQ®

This site uses cookies to improve user experience and performance. By continuing to use this site you consent to our use of cookies.